All Collections
Unmoderated Research
FAQs
Can I request the same testers for a study?

Can I request the same testers for a study?

Written by Jordan
Updated over a week ago

If you know in advance that you are running a two part study, include a screener question on part 1 to ask the tester if they are willing to be a part of a two part study. 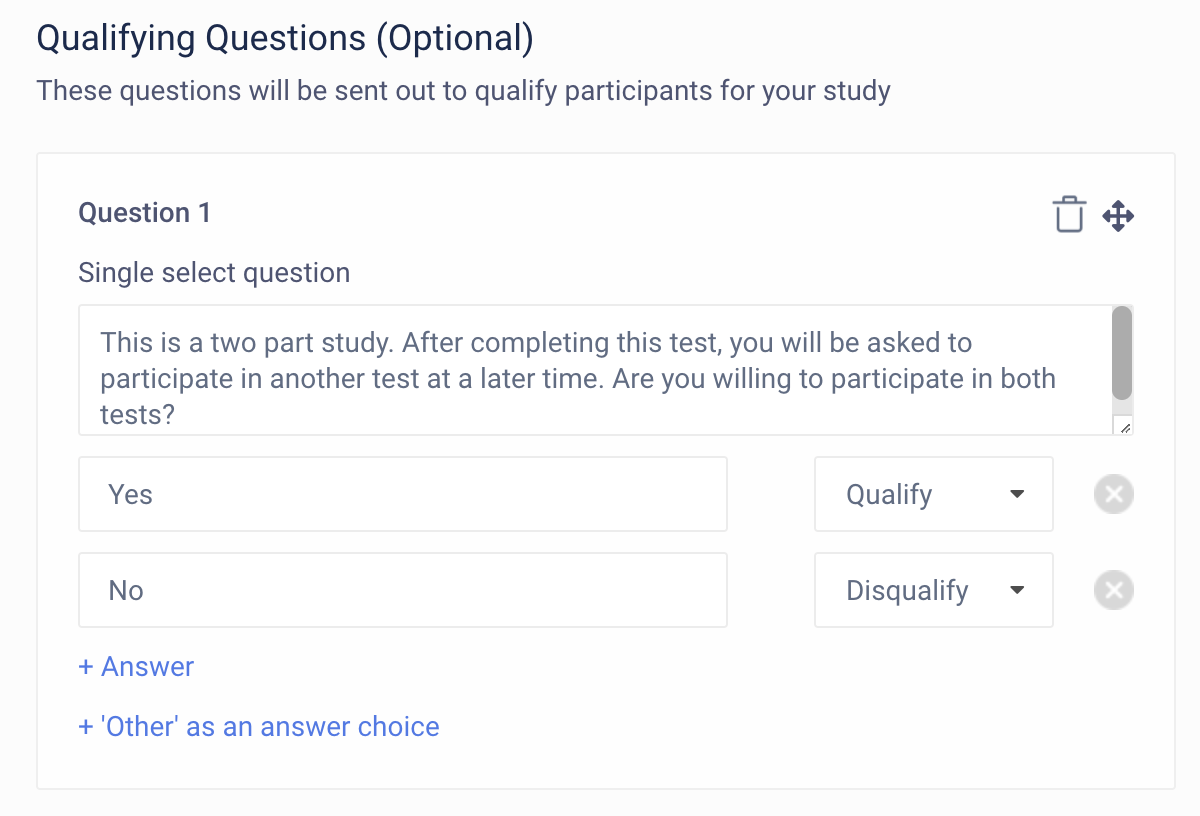 Here's a transcript of a sample screener question for a two part study.

When setting up your follow up study, you will not need to include screener questions. Instead message our chat our support team and let them know. 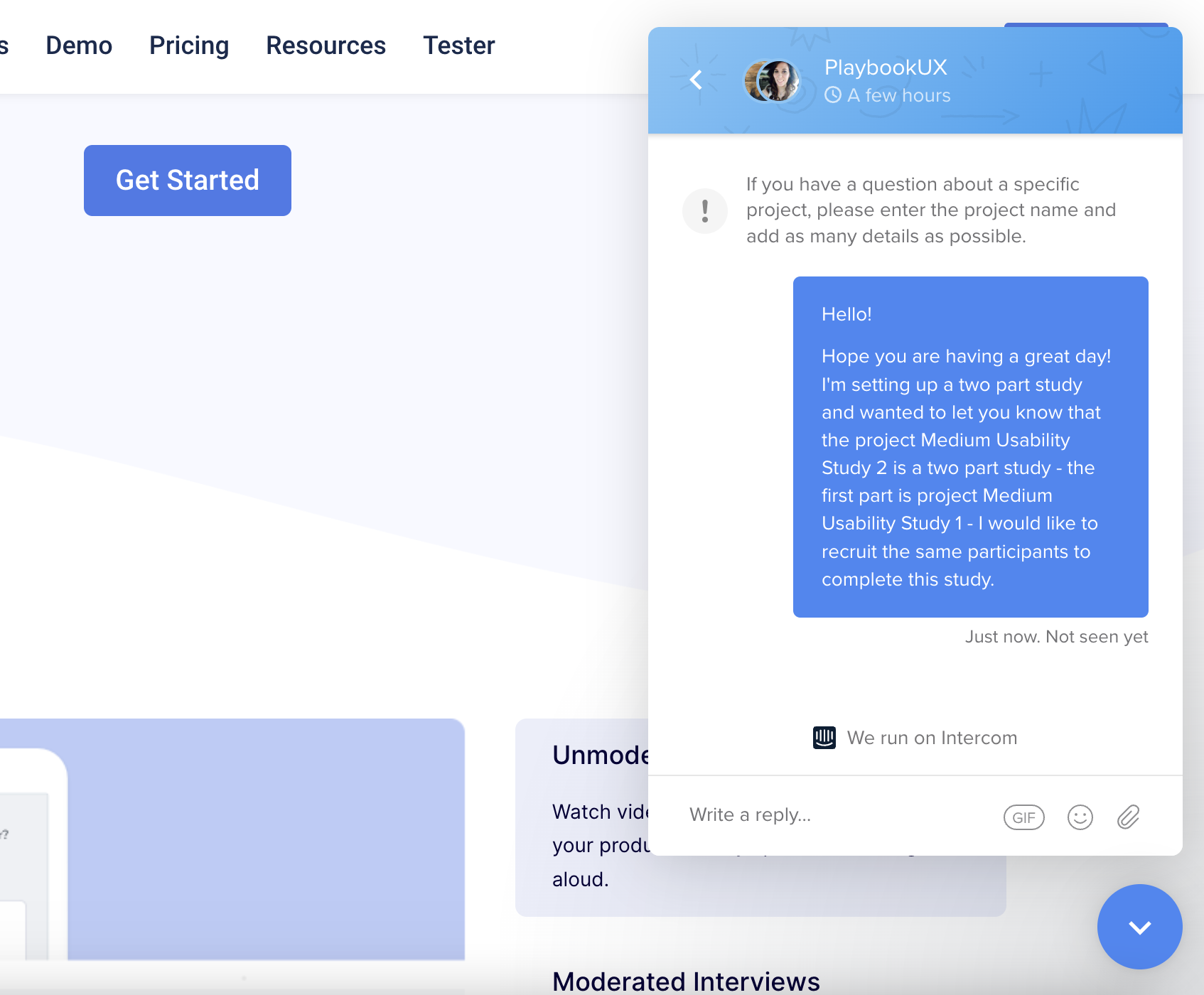 Here's a message template you can use to send a message to our support team via the chat button in the bottom right corner.

After our support team confirms the details you should be good to go!

Did this answer your question?